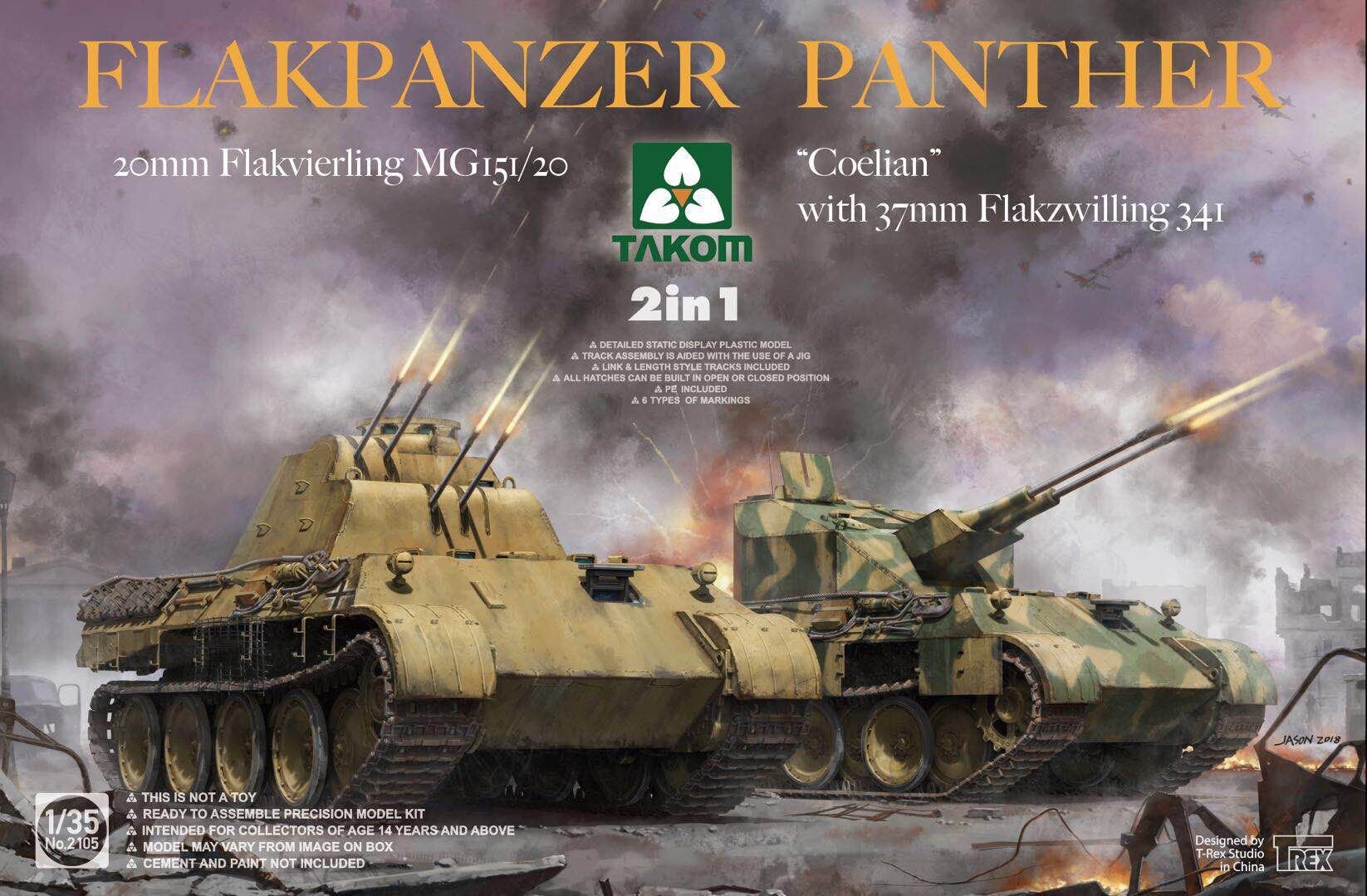 Once the Panther tank design had been finalized, the Luftwaffe & German Army began proposing Flakpanzer variants as early as 1942. Initially, the quadruple 20mm MG 151/20 system was proposed, with a rate of 600–750 rpm and a muzzle velocity of 700 meters per second (2,300 feet per second) to 785 meters per second (2,580 feet per second). However, this was soon rejected by demands for more modern and powerful weapons to be utilized. Rheinmetall-Borsig then proposed several configurations under the code name ‘Coelian’, with the most popular being armed with a twin 37mm Flak 44 system in May 1944. This weapon fired at a practical rate of 150 rpm, with a muzzle velocity of 770–820 meters per second (2,500–2,700 feet per second) with an effective firing range up to 4,200 meters. Nevertheless, only an early wooden mock-up was ever produced on a Panther Ausf.D hull in February 1945, due to a lack of available tanks for the conversion because of increasingly heavy Allied strategic bombing. The later version was never produced in any form, but plans were drawn up with a revised turret.