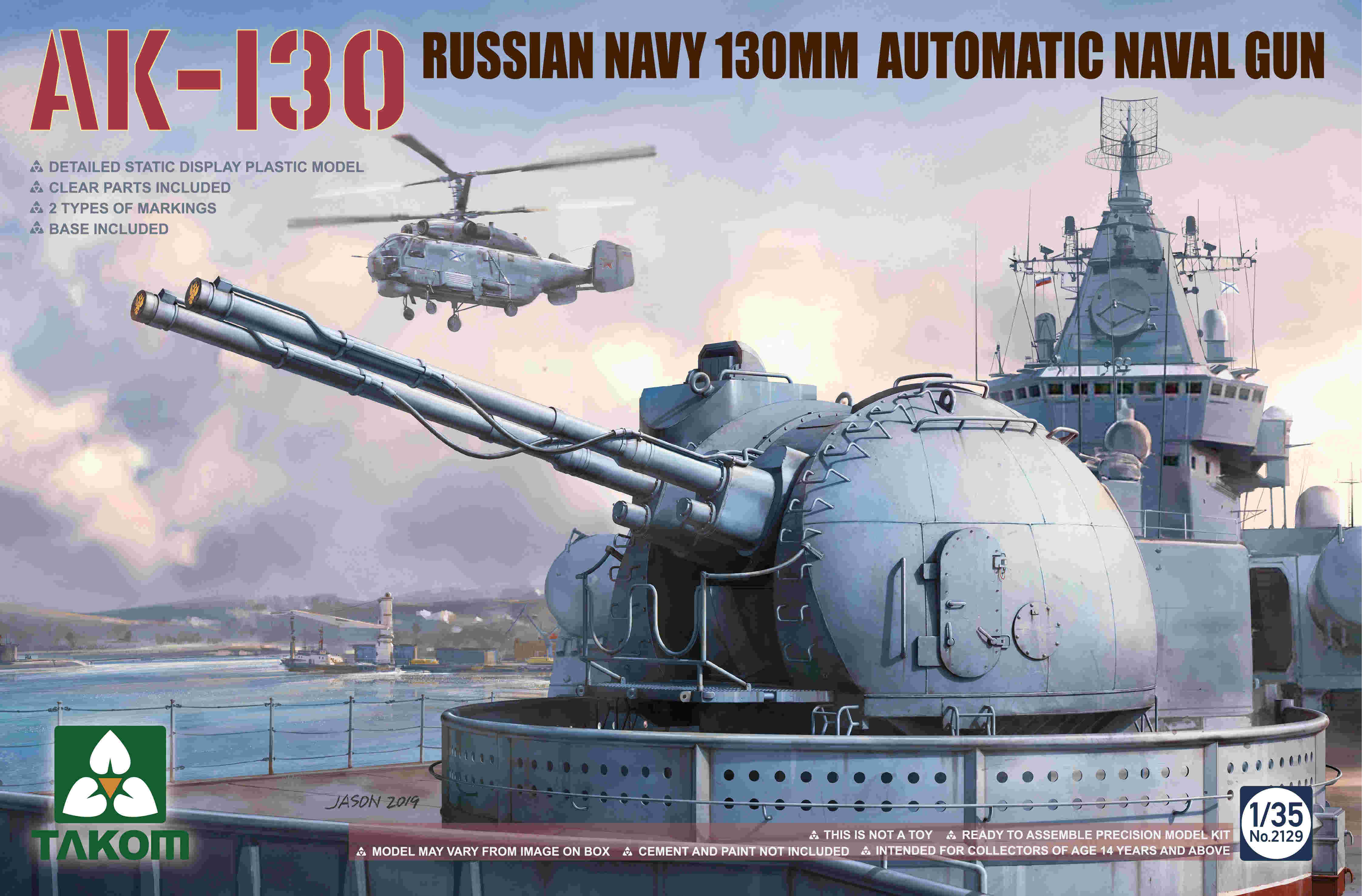 The Russian AK-130 automatic naval gun turret was developed in the 1970's to supersede the earlier SM-2 as armament for destroyers and cruisers. This twin-barreled weapon system is the most powerful naval gun turret in service today. The 130mm liquid-cooled guns have were derived from the powerful 130mm M-46 towed artillery piece. These water cooled guns are mounted side by side in an unmanned turret with an automatic loader, with 150 to 180 rounds of ammunition stored in a magazine below deck. It’s MR-184 Kite Screech fire control radar and guidance system includes a 2-band radar, and a low light TV laser designator, and can control two AK-130 turrets simultaneously.

The maximum range is 23 km against surface targets and 15 km against aircraft. The weapon has a rate of fire of 10 to 35 rounds per minute for each of the two guns, which results in a maximum of 70 rpm per gun turret.