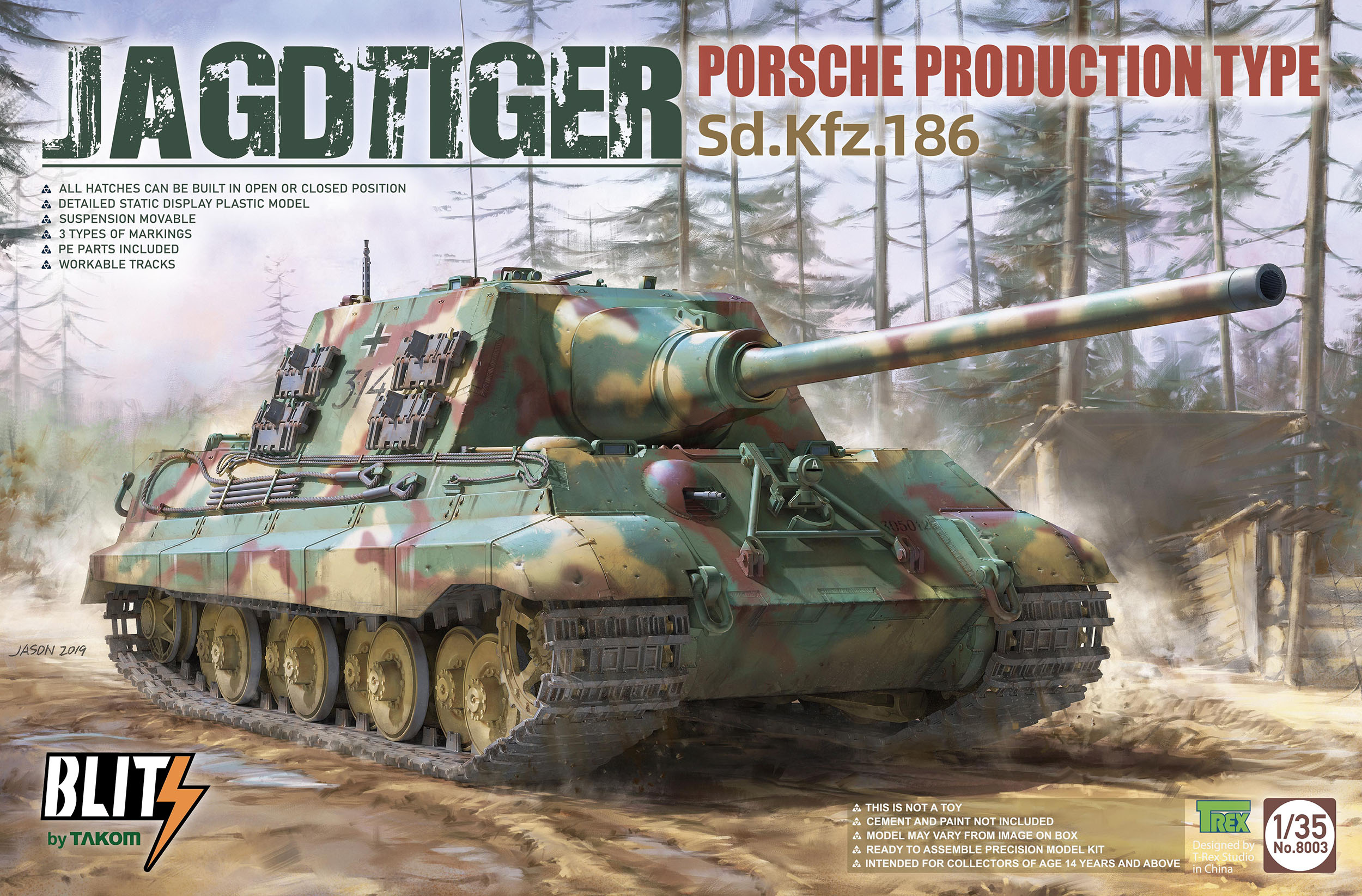 Based on the highly successful King Tiger, the 72-ton German Sd.Kfz.186 Panzerjäger Tiger Ausf.B, or Jagdtiger, was the ultimate operational German tank hunter of WWII.

Two Prototypes were produced, one by Henschel and one by Porsche, mainly differing by their road wheel suspension systems, with the Henschel suspension system being eventually chosen for series production. An order for 150 vehicles was initially placed, with production commencing at Nibelungenwerk in St. Valentine (Steyr-Daimler-Puch) in July 1944. Production was slow due to the cumbersome weight of the various elements of the vehicle, as well as the factory being targeted by Allied strategic bombing missions. Only around 80 examples were ultimately produced before the end of the war.

The Jagdtiger was armed with the most powerful anti- tank gun in the German arsenal during World War II, the Krupp 12.8 cm PaK 44 L/55, capable of out-ranging and defeating any allied tank it could have faced. Additional armament consisted of a single Rheinmetall 7.92mm MG 34 provided with a ball mount in the front-left side of the hull, and provisions for mounting another of these weapons externally on the engine deck for aerial defense. The main gun mount offered a very limited traverse of 10°, so if targets were outside it’s field of fire, the entire tank had to be turned and re-aimed, causing considerable stress on the engine and often jarring the gun out of calibration.

The greatest weakness of the vehicle was its power plant, the 690 hp V–12 Maybach HL 230 P 30 gasoline engine. Straining under the heavy weight with high fuel consumption, the operational range was only some 120 km (75 miles) on-road, and 80 km (50 miles) off-road. The huge case mate featured 250 mm thick armor at the front, while the glacis plate retained the same 150 mm thickness as the King Tiger. The heavy armor added serious weight to the vehicle, and the engine proved significantly under powered, resulting in a poor power-to-weight ratio. This resulted in strained components and caused low speed and poor off-road capability, as well as unreliability and inefficiency. These problems were so severe that most vehicles were lost due to these issues, rather than to enemy fire.