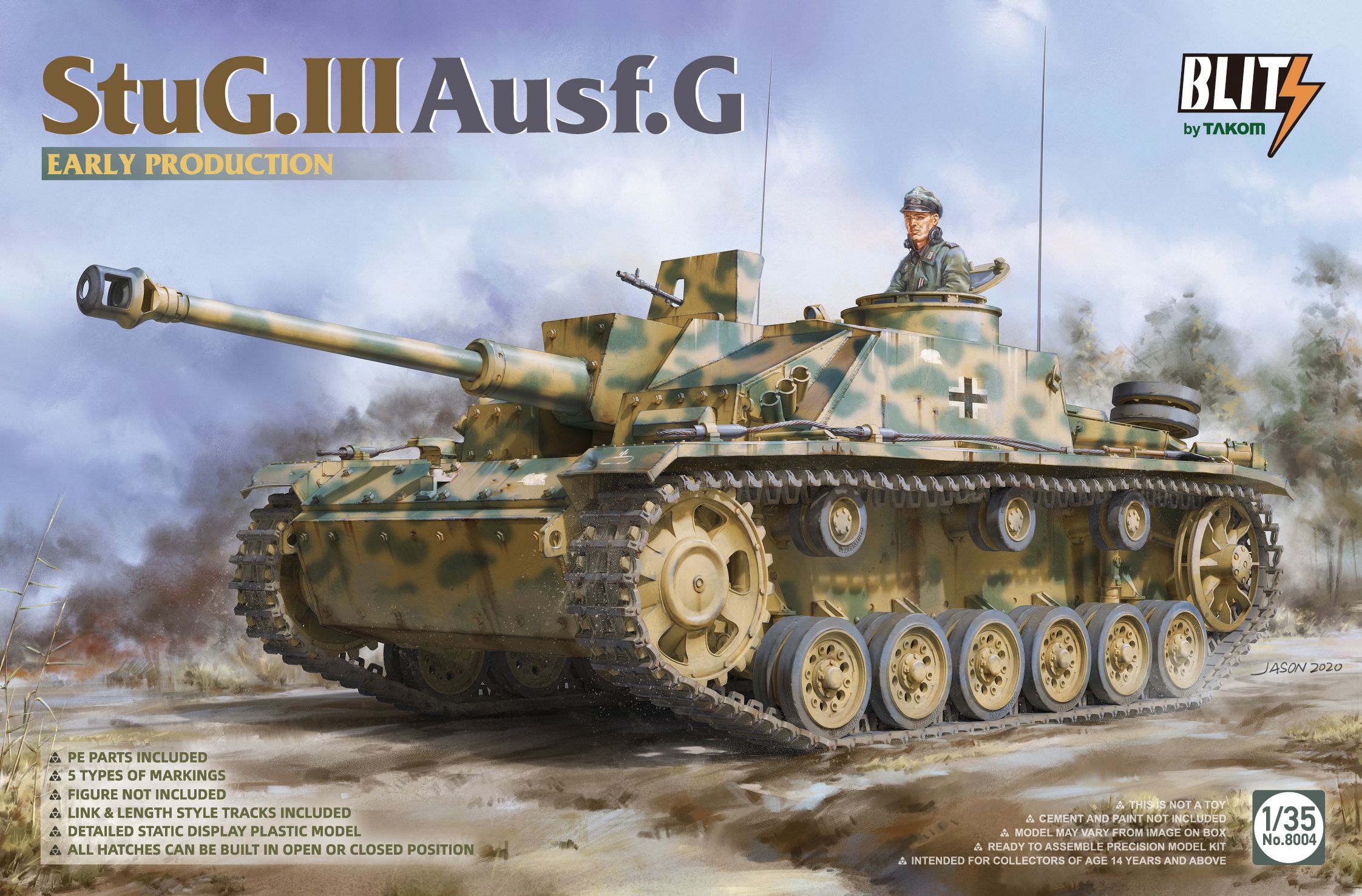 Based on the obsolete Panzer III, the Sd.Kfz 142/1 StuG III Ausf. G became the ultimate version of the Sturmgeschütz III family of German AFV’s, with some 7,720 being produced from December 1942 until March 1945. The main improvement over previous variants was a new casemate superstructure made up of slanted 30mm side armor & 50mm frontal armor plates. This casemate featured a new commander’s cupola fitted with 7 periscopes and an SE14Z scissors periscope.

Numerous changes were made throughout production of the series. The first came early with the addition of a hinged armored gun shield in front of the loader’s hatch. In February 1943 a set of three smoke dischargers were fitted to each side at the front of the casemate, only to be removed again in May. In April 1943 armored skirts were installed to protect its flanks against anti-tank rifles and hollow charges. In May 1943 the frontal armor was improved with a single 80mm plate in place of the previous combined 50mm & 30mm plates bolted together. Later in 1943 the cupola was given an armored deflector to increase protection, and the 75mm StuK 40 L/48 gun mantle was replaced with a ‘Saukopf’ or ‘Topfblende’ casting. In March 1944 a remote controlled MG34 was fitted, and in May a Nahverteidigungswaffe close range defense weapon was installed in the roof.

These vehicles became ubiquitous during WWII, not only fighting effectively for the Germans from Normandy to Kursk, but also with the armies of Finland, Italy, Bulgaria and Romania. Some examples fought on well after the war, when Syrian vehicles were destroyed by superior Israeli forces during the Six Day War in 1967.