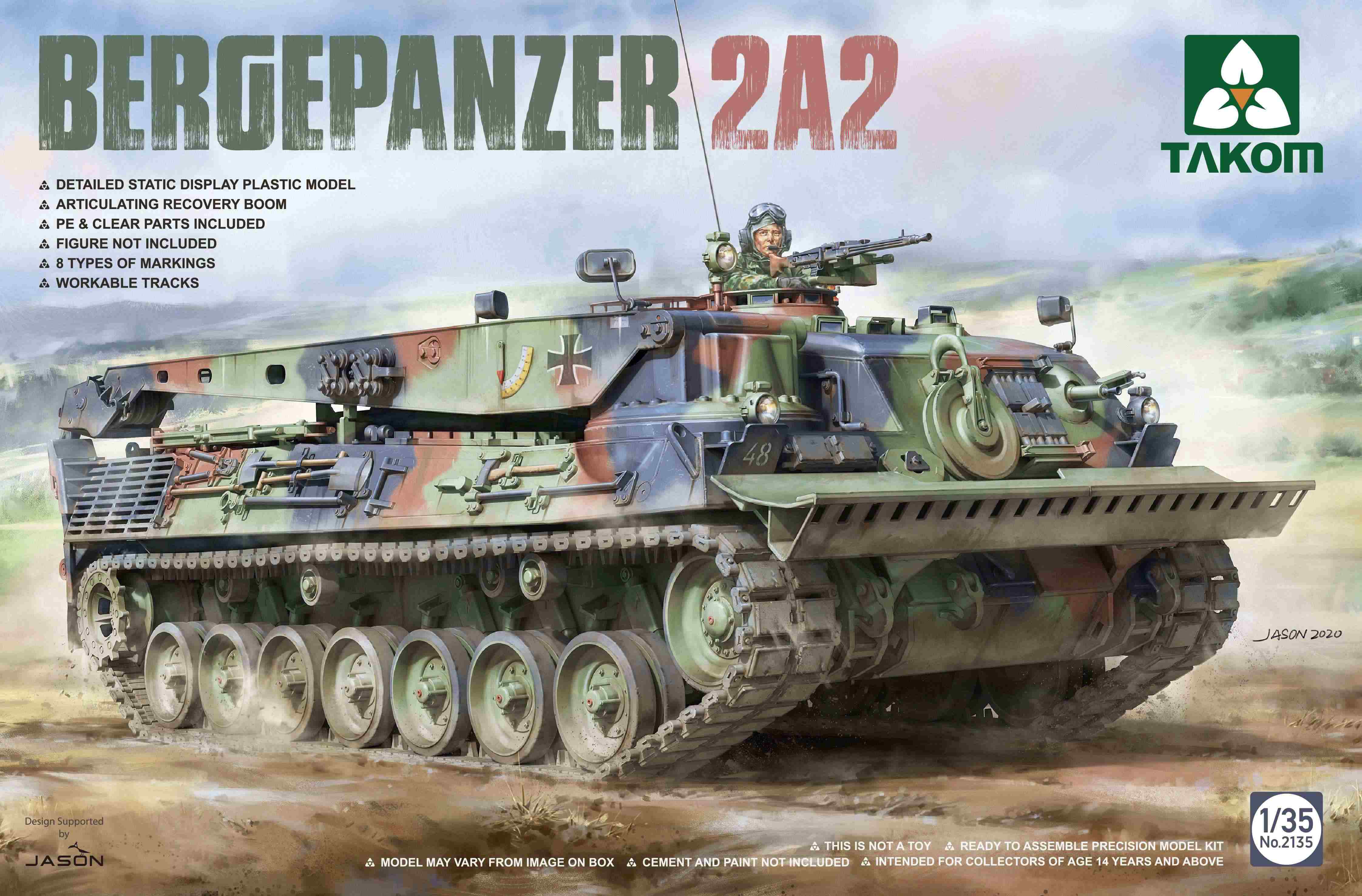 Based on the German Leopard 1 tank, the Bergepanzer 2 armored recovery vehicle was designed to ensure the mobility of armored forces by recovering & repairing damaged and broken-down Leopard tanks. These vehicles are operated by the logistical forces and tank grenadier companies of the Bundeswehr, as well as foreign operators of the Leopard 1 tank. Weighing in at 40.8 tons, some 480 units were produced between 1965-1969.

The vehicle is operated by a crew of 4: the commander, driver, machine gunner and radio operator. The welded construction offers the same protection as the Leopard 1, with 25-35mm thick armor at the sides and 10mm armor on the roof and offers NBC protection and a fire warning & suppression system. Combat protection is provided by a bow-mounted MG-3 and a roof-mounted MG-3AA gun, and six 76mm smoke grenade launchers. The Bergepanzer 2 is powered by an 830hp 10-cylinder MTU MB 838 CaM-500 multi-fuel engine pack reaching a top speed of 62 km/h with a range of 850km.

The vehicle is equipped with a boom for lifting turrets & engines in & out of tanks, as well as a spade & winch system for recovering bogged down vehicles. Produced in 1977-78, the Bergepanzer 2 A2 was developed to service the heavier turrets of the Flakpanzer Gepard and the Leopard 2 and features a hydraulic stabilizer on the rear right corner.