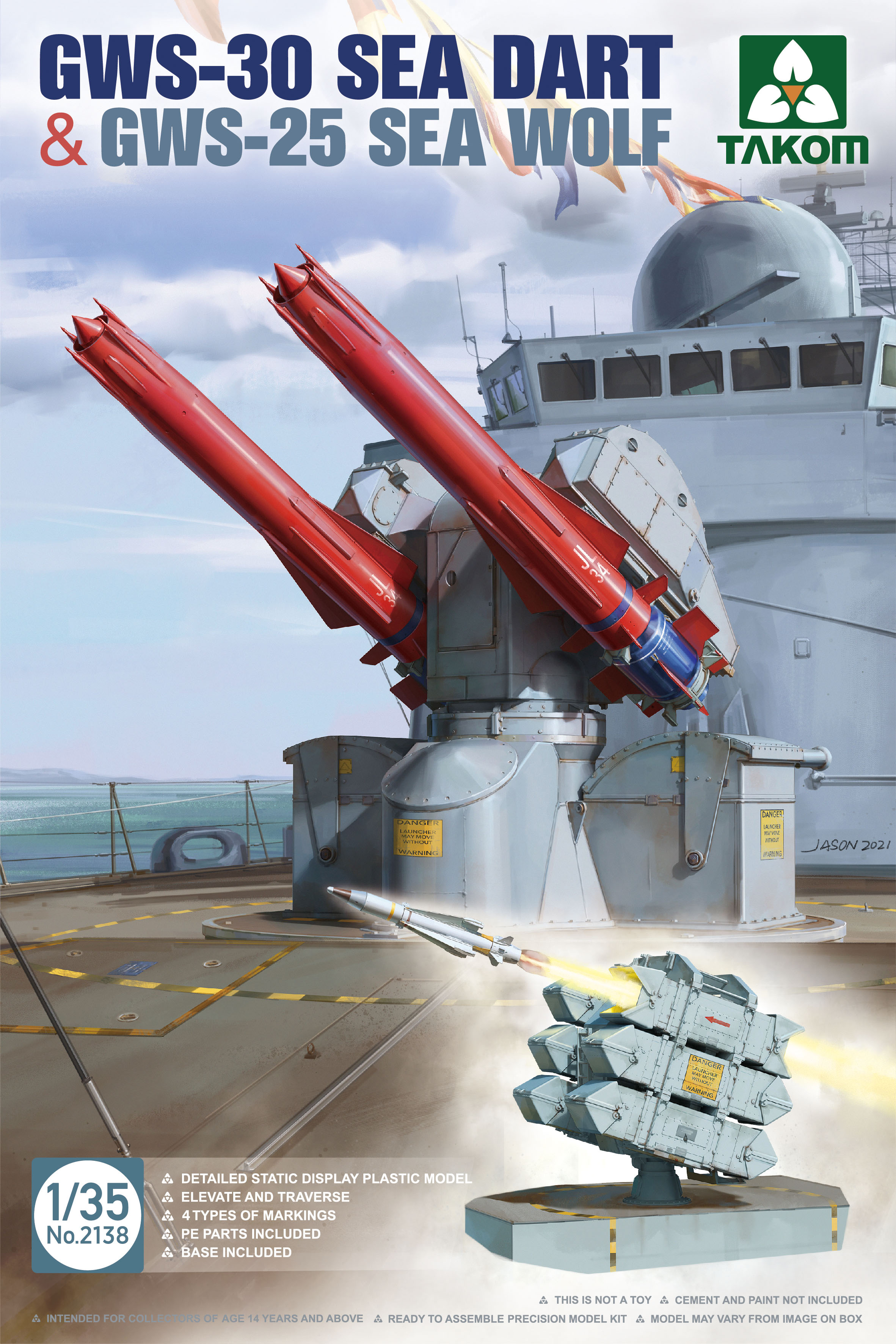 Designed by Hawker Siddeley Dynamics in the 1960’s, Sea Dart was a British Royal Navy surface-to-air missile system that entered active service in 1973. It was mounted on the Type 82 and 42 destroyers and Invincible-class aircraft carriers of the Royal Navy. This missile was a two-stage, 14’ long missile weighing 1,210 lbs. Armed with a 24lb HE fragmentation warhead, it was launched with a solid-fuel booster that accelerated it to supersonic velocity which then allowed the operation of the cruise ramjet, allowing for a cruise speed of over Mach 2.5 and a range of 30 nautical miles. The missile was removed from active service in 2012.

Sea Wolf is a naval surface-to-air missile system designed and built by BAC that entered active service in 1979. It is mounted on Type 22 & Type 23 frigates and Leander class frigates of the Royal Navy. Armed with a 30.9 lb. HE-fragmenting warhead, Sea Wolf is powered by a solid-fuel rocket to a maximum speed of Mach 3, and has range up to 5.4 nautical miles.