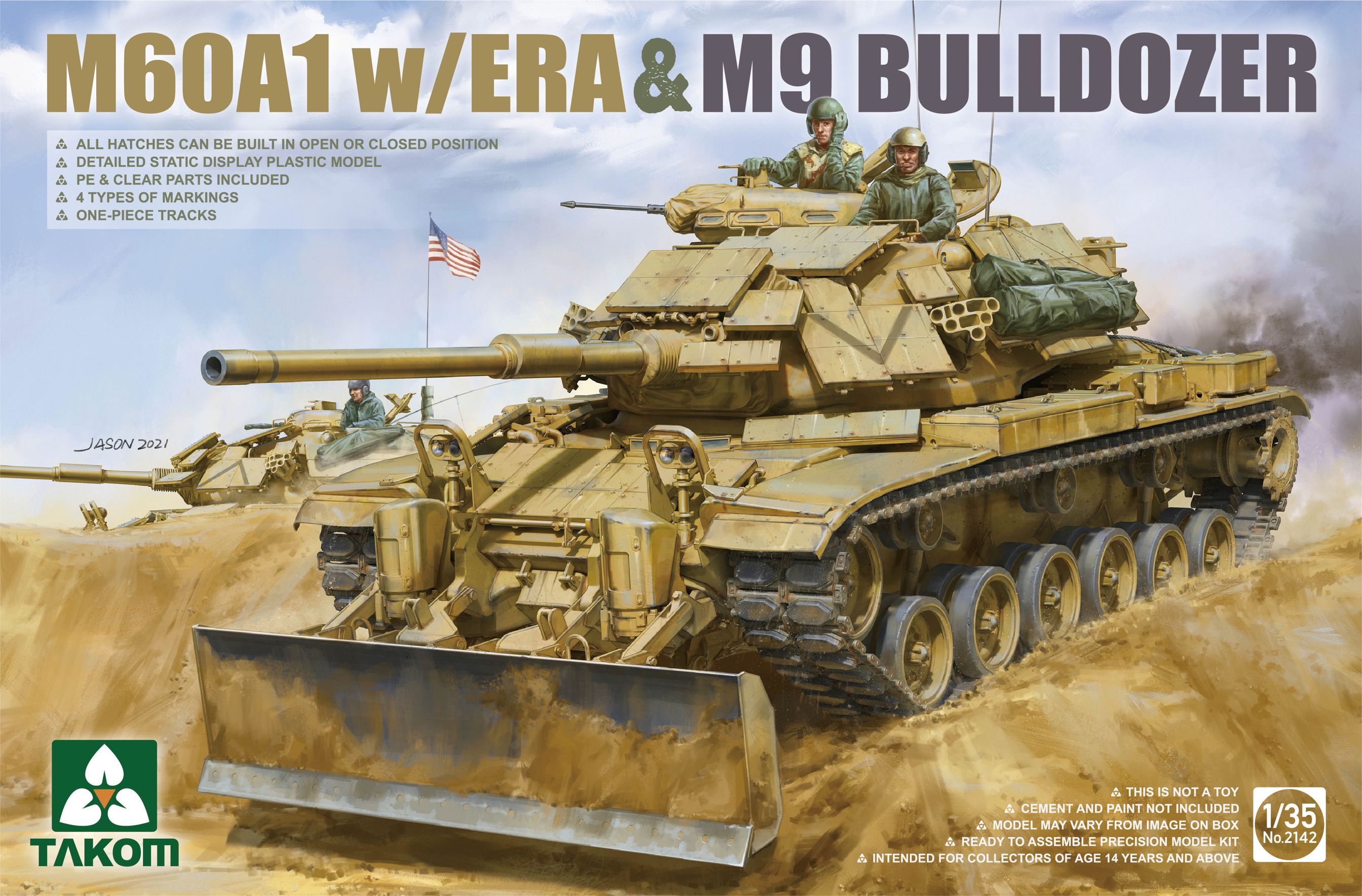 Evolving from the M48 through the M60, the M-60A1 Patton tank was produced from 1962 through 1980. This newer variant featured a redesigned wedge-shaped turret with improved ballistic protection and a new mounting for the 105mm M68 main gun (modified from the excellent British L7 with a vertical sliding breech block), which could fire HE, Frag, AP, and HEAT rounds. Additional armament consisted of a coaxially mounted 7.62 mm M73 machine gun and a 12.7 mm M85 machine gun mounted in the commander’s cupola. Further improvements consisted of increased armor thickness on the glacis and hull sides, as well as the installation of shock absorbers at the first two and last roadwheel stations. Powered by the improved 643 hp Continental AVDS-1790-2A V-12 twin turbo diesel engine coupled to the Allison CD-850-6A powershift cross-drive transmission, the tank weighed 58 tons and was served by a crew of four -- commander, gunner, loader, and driver. This vehicle became the main battle tank fielded by the US Armed forces through the 1960’s into the early 1970’s.

The ultimate development of the M-60A1 was the M-60A1 RISE (RISE= Reliability Improvements for Selected Equipment). These were rebuilt M-60A1’s, with added passive ‘starlight’ scopes for the driver, gunner and commander, eliminating the need for the bulky IR projector above the main gun. Other improvements included the Continental AVDS-1790-2C engine, which helped to boost engine power. A battery of smoke dischargers was also added to either side of the turret, like the set-up on the Chieftain tank. These vehicles were quickly supplied to frontline units overseas, such as in Germany, by early 1979.