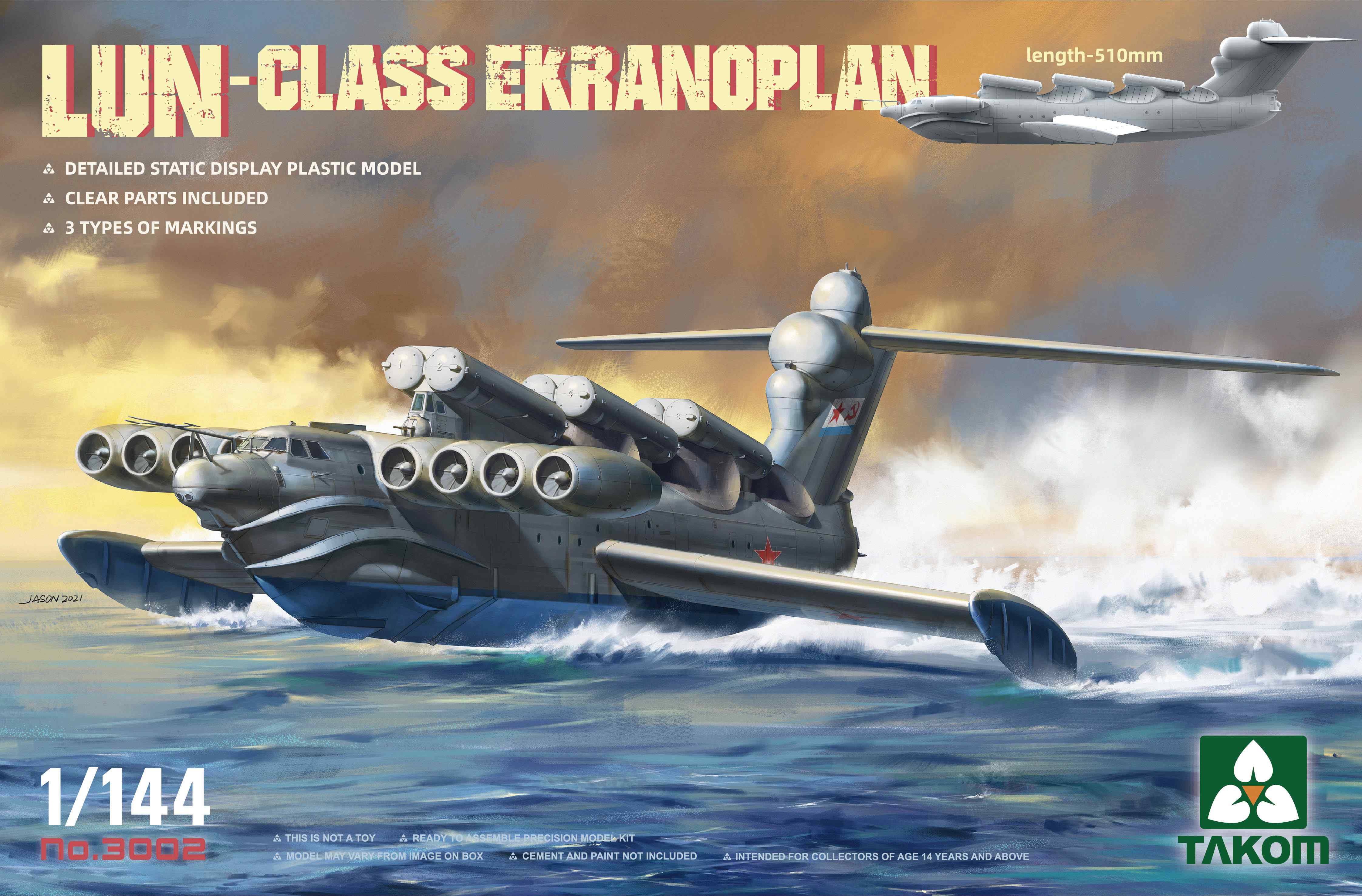 Based on the experimental KM “Caspian Sea Monster, the Lun-class ekranoplan is a ground effect vehicle designed in 1975 by Rostislav Alexeyev. The unique design of the boat-shaped hull/fuselage combined with the large area wing allowed the ship to fly using the lift generated by the ground effect within 16 feet/4 meters of the water surface.

The 380-ton Lun (Harrier) was powered by 8 Kuznetsov NK-97 turbofan engines mounted up on the front canards, providing a combined thrust of some 224,000 lbs through vectored nozzles which brought it up to a maximum speed of 340 mph/547 kph. The vehicle was crewed by 7 officers and 4 midshipmen who could be sustained for 5 days without resupply.

Primarily equipped for anti-surface warfare, the Lun carried six lethal P-270 Moskit (Mosquito) guided anti-ship missiles mounted in 3 pairs down the dorsal spine, with each Mach 3 missile capable of precision strikes up to 75 miles/120 km away. The ship was defended by four 23mm Pl-23 cannons mounted in twin turrets at the tail and under the forward missile tubes.

Only a single example was produced, and it never went into combat after entering service as the MD-160 with the Soviet Navy Caspian Flotilla in 1987. It was retired from the Russian Navy in the late 1990s and was abandoned at a Caspian Sea naval base in Kaspiysk until 2020. The Lun is currently on its final journey to preservation at Patriot Park near Moscow.